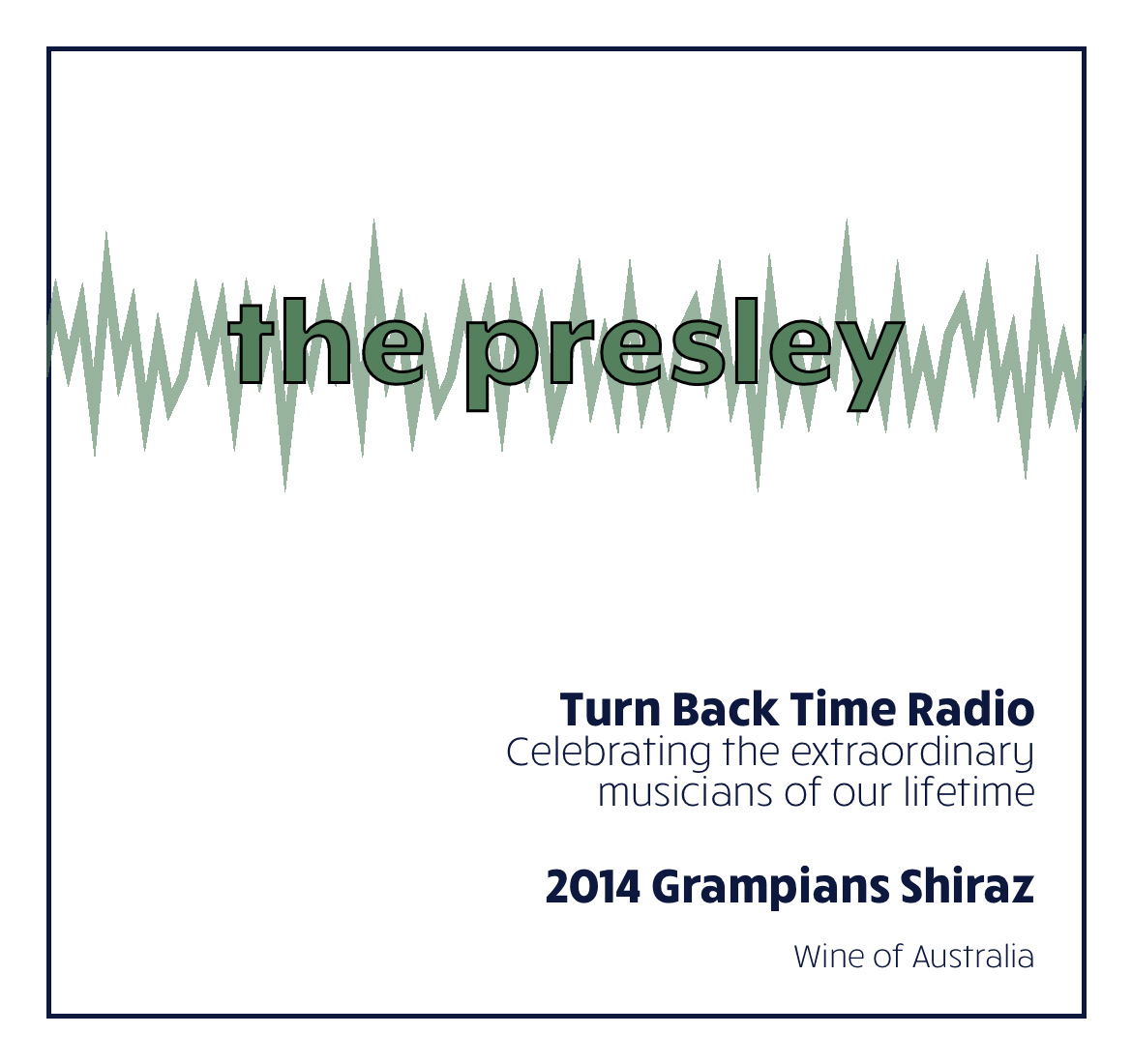 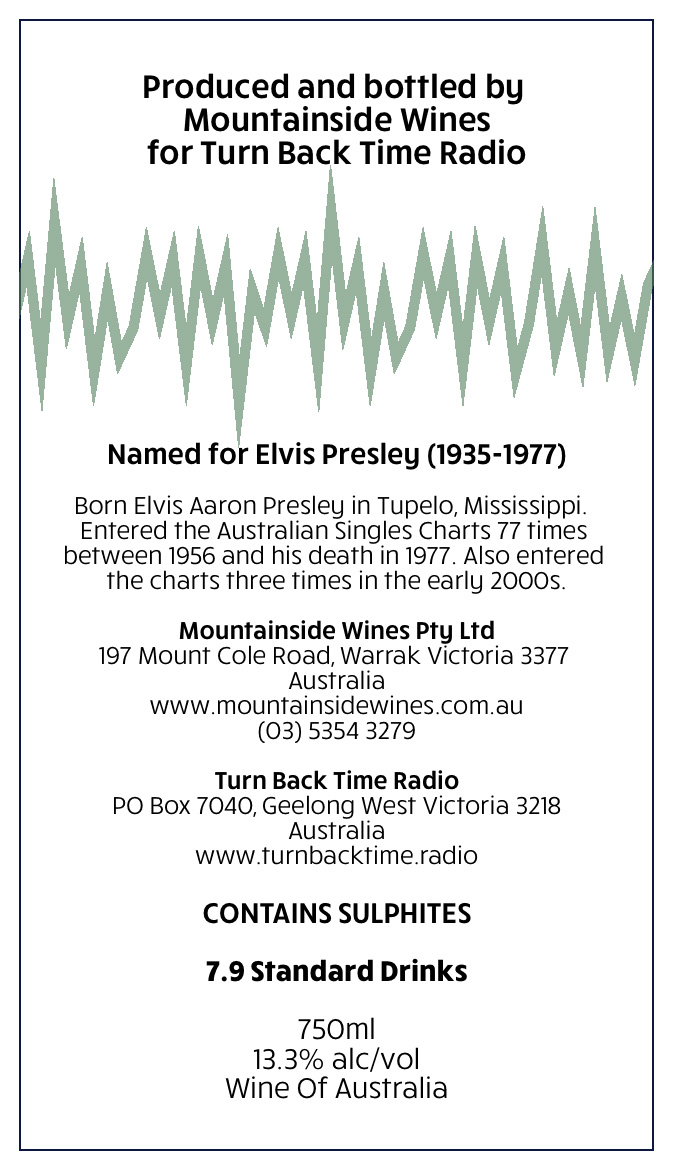 Currently, this product is unavailable

This wine is produced for Turn Back Time Radio by Mountainside Wines, a small family-owned and operated winery nestled into the base of Mount Cole on the edge of the Grampians Wine region in Victoria. The winery produces Shiraz, Viognier and Nebbiolo wines, made from grapes grown on the property.

Born Elvis Aaron Presley in Tupelo, Mississippi. Entered the Australian Singles Charts 77 times between 1956 and his death in 1977. Also entered the charts three times in the early 2000s..

The Presley is influenced by American Oak and displays a bouquet of black pepper with berry overtones and is followed by flavours of blackberries, spice and black pepper with hints of clove and nutmeg. It has firm tannins and a long clean finish. We recommend that the wine be decanted before drinking.